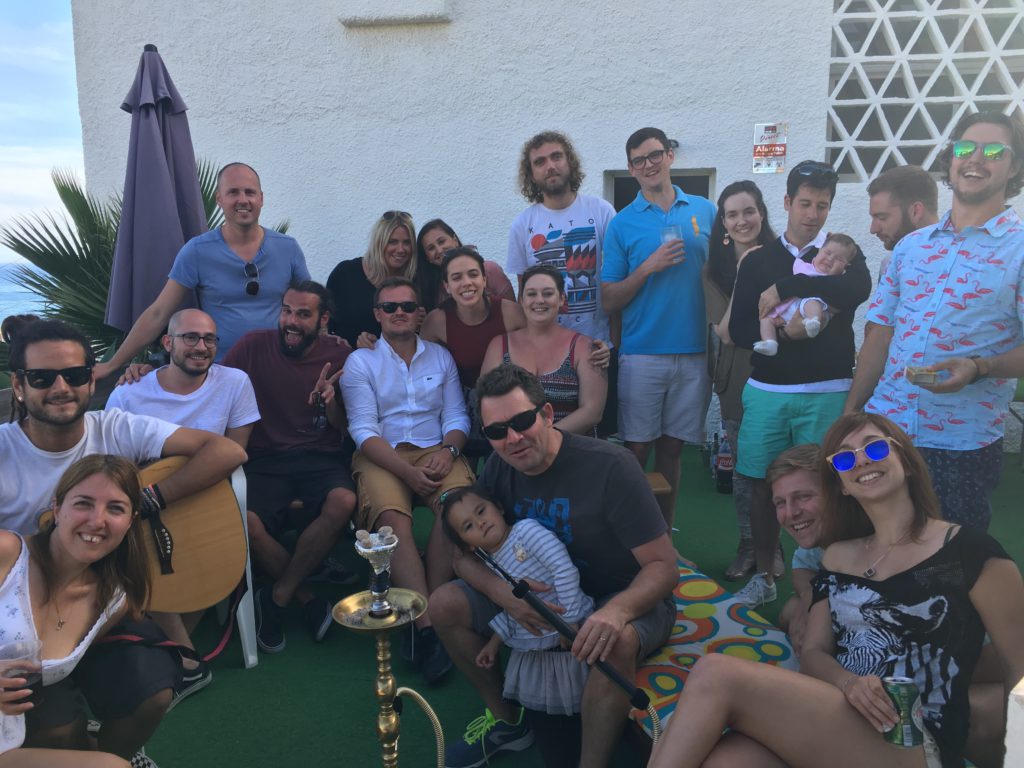 This article was originally published by our friends at Habu

Sure, the world is filled with the larger-than-life humans who have a swathe of people following along like their the pied piper seconds after they arrive. The types who have to schedule Tinder dates into blocks just to fit them all in. Those are the unmistakable personalities who command attention from the most wooden observers.Then there are the others.

Those who just find humans a bit weird, like me. Don’t get me wrong, we understand the concept of other people. We may even have found a small group of others who we genuinely like to bump into every 17 months or so. But, for the most part, the popular types are a little scary to us.

You might think us socially-nervous types are sat in their PJ’s working from bed (ironically that is exactly what I’m doing right now) and that we would never in a million years step into the social torture house of coworking. However, we are also not the types of people who enjoy convention, so the chances that we will show up awkwardly at your door is actually pretty high.This is why I’m writing, and you’re reading this article. So that together we can figure out how we handle the introverts.

Last year I began my digital nomad journey around the world. With a laptop and a list of hipster cafes at the ready, I bought my one-way ticket to Malaga. Admittedly, I left UK soil feeling terrified! As a geek by nature, I’m fascinated by people but normally they are on the other side of a screen.

It’s perhaps no surprise then that I found the idea of choosing a coworking space in a foreign country, one where I couldn’t speak the language, a daunting one.

Thankfully I did find the perfect place for me and, since they went on to win the Coworking Members Choice Awards in 2018, they’re obviously doing some things well. I’d like to share with you here the things they did that worked well for me so you too can be home to the timid.

As with many spaces, community is key at The Living Room, but here the term isn’t just lip service. The founder, Ben, and his supporting team really focus on the members. I felt like I was part of a family from day one (in fact their call to action button is ‘join the family’). And this commitment to family is the crucial element in their success. Allow me to walk you through the impact of his efforts. Who are all these people?

As you walk into the ping pong room the wall is adorned with pictures and a bio of each member. Not uncommon. But the bonus here was it listed which languages people spoke and a little about their expertise. There were a lot of languages! And people from all over the world. This was a great way to match a face to some interesting background and pick out who I could strike up a conversation with. But when it came to actually saying hello I was still scared.

Having a group of people who, by definition, are the outlaws in the world, you’d think rules would cause a revolt. But having a defined lunch break gave everyone a little structure.

It also meant that each day there was planned social time. For those terrified like me this means you can happily crack on with work without your anxiety-brain distracting you with thoughts like “you’re talking too much, that’s way too much ‘humaning’, you’re being anti-social,” or “you should really to talk to that person you’ve been sitting silently next to for the last three hours!”

At the hour-long lunch, we listened, shared stories from around the world, and talked about plans for the weekend. We connected. I learned a many good place to visit during these lunch breaks, which was local information that I simply wouldn’t have found in a tour guide.

What’s the price of happiness? €124 on beer and a BBQ apparently.

Ben opened his home to everyone in the coworking space and provided some tasty beer for all to enjoy. And of course there was a guitar and a dude who could sing in what felt like a thousand languages. There were also families, small humans and that sense of campfire mountainside wholeness. The team photo we took at that BBQ is still one of my favourite travel memories. In and among my fear of social interaction, I felt like I’d finally found my tribe.

Social events such as this one were not compulsory but they did always start with a personal invitation. There is a huge difference between “we’re doing a thing, do you want to come?” and “Aimee I’d really like you to come to the party on Saturday”. The introvert will want to make every excuse under the sun not to join, and the first question makes that easy. The second makes introverts feel connected and face their fears, which will make them adore the event.

A Place to Hide

I really enjoyed the telephone booths inside the coworking space. (Missed opportunity to make them full Dr Who telephone boxes but nobody is perfect!)

These are more than a socially acceptable place for a conference call. They are little bubbles of personal space heaven for people like me.

In fact, a coworking space I visited in London had little beds hidden in the walls. Lush. Although I’d never actually sleep for the embarrassment of snoring!

Small snugs wherever possible, or indoor tents if not, are great ways to help introverts recharge their batteries.

I hope these simple insights help you to understand those who may want to be part of your space but who likely need a little encouragement along the way. Introverts are some of the coolest people around, once you get to know them of course

Oh, and I almost forgot. A bonus tactic for attracting introverts is the addition of any kind of fluffy animal!

Fascinated by why people do what they do, Aimee Holland has spent the last 18 years experimenting with what makes people act. Honing her skills and knowledge inside the sales and marketing arena she has some strong conclusions on what makes people buy. Through her journey, she’s been an advisor to the House of Commons, the European Economic and Social Committee and consulted with global companies such as Castrol and Mercedes in addition to having her own start-ups and agencies. She’s been on stage talking ‘The Future of Digital’ with companies like AllWeb, Microsoft and more, thousands of people have heard her ‘why marketing is like dating’ theory (rant!). As a “Geek by nature”, she is passionate about new technologies and how they influence purchase behaviour. This is especially evident in her work with emerging companies who often see digital technologies as the solution to their marketing challenge. With her work and knowledge, Aimee has helped companies and people transform for the better and moving forward her mission is to keep leaving situations better than when she found them.