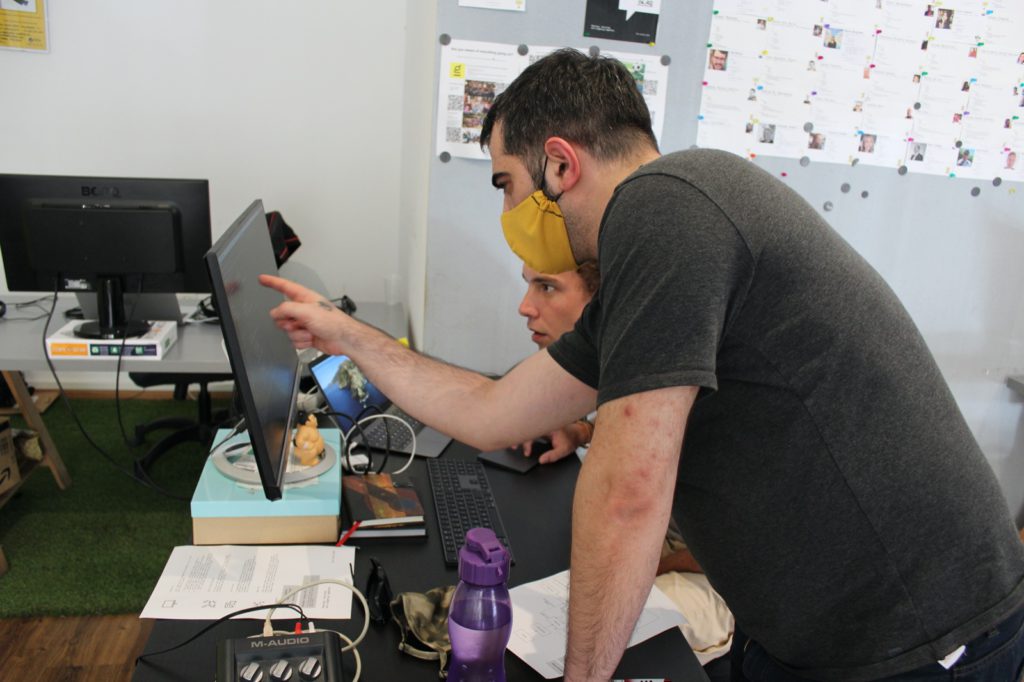 At TLR, we pride ourselves on forming synergies and creating collaborations with fellow coworking family members. It has been something that has been encouraged from the beginning, and the sentiment is part of our ethos of ‘Sharing, thriving and laughing together’. I mean let’s face it, we’re a group of talented freelancers, entrepreneurs, and digital nomads, and we speak multiple languages and work in many different fields! If you combine everyone’s talents, you’ll end up with innovative and powerful project teams, which work together from one location. This had to lead to something great, and then TLR Agency was born! The idea is that the Agency essentially opens up our internal coworking project collaborations to an external audience, so anyone can get involved, no matter if you’re a member at TLR or not! TLR Agency now focuses on 4 main project areas (our areas of expertise, so to speak), offering collaborations in digital marketing, websites and apps, graphic design, and translation and subtitling.

A former TLR family member and a freelance translator, Stefan Scholtz, helped out Thomas Knudsen, (also a former TLR member), and his company October Software to translate a mobile app from English to German. Stefan spilled the beans on their recent successful collaboration and their “very nearly” completed project via the TLR Agency.

“I chose to get involved initially with TLR Agency mostly because I have good memories from my own time at TLR. I moved to Málaga for a few months back in 2017, and my good buddy and translator colleague Rob introduced me to TLR Soho and the perks of coworking not long after I’d arrived. So I ended up doing the Roadtripper thing for a while. I really enjoyed the social aspect.­ Lots of friendly people in the office, chats over lunch, getting served at table tennis most afternoons, Friday inspiration sessions incl. post-work drinks, tours of the city and trips (surfing!) further afield. I also had a chance to work with some of the others in the office – looking over subtitles with Mari Carmen, painting an image from the mind of Carlos on the persiana de acero (see the awesome TLR Soho shutter below). And I was pretty productive in terms of my own work as well. So yeah, good times. And with all that in mind, I thought why not give the Agency a shot…”

We asked Stefan how he found the experience of collaborating through TLR Agency, and he tells us that the process couldn’t have been easier, even though he may be slightly skeptical of the “C” word!

“Collaborating” makes it sound so… treasonous. What is it that you’re not telling us, Ben? Dumb jokes aside, all it took was a quote from my part and a few emails to discuss, and we were ready to go. Simple as. I was pleasantly surprised as well when it turned out that the client was none other than Thomas, who had been working out of TLR around the same time as me.”

Stefan continues to tell us a little more about the project he was working on with Thomas, and how the final product turned out. “The outcome was that we localized one Project Reader app into German. Took us a while to get there (with the covid situation and all) and might need a few tweaks down the line as well, so I’m not calling the product “final” just yet. But I’m happy enough with it for the time being.”

We ask Stefan if he would recommend TLR Agency, as in these difficult times, more options to create synergies and generate successful business collaborations is a welcomed prospect! “I sure would recommend TLR Agency… always happy to have more ways of getting in touch with potential clients. After all, finding work when you’re freelancing can be pretty tough in this day and age, and that’s not just in my line of work.“

Evidently, the feeling was mutual as Thomas gave us his final thoughts: “I was very happy with Stefan’s help and I will involve him again next time for sure!“.

If you fancy finding out more about TLR Agency and how it all works, check out our TLR Agency page and get in touch to tell us all about your project!