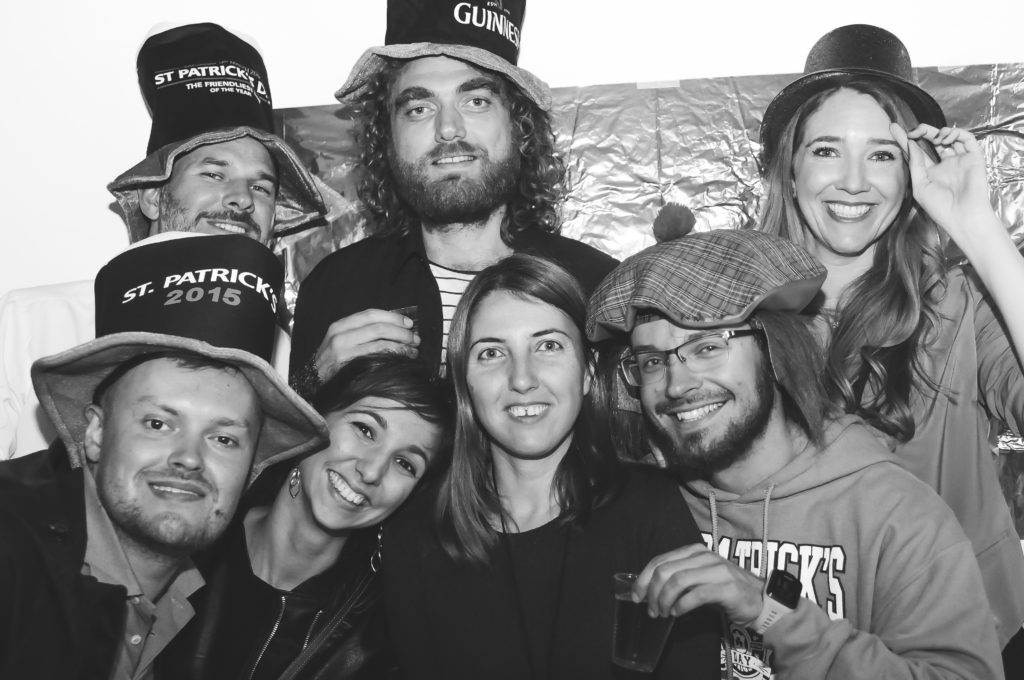 From Heaven came dust. From dust and breath came man. And no matter what we believe about creation, we are together on this small planet called Earth. Before this starts to get too philosophical, it seems we (as humans) were somehow designed for family, community and one step further, that deep desire to be known. Batman had Robin, Arnold Schwarzenegger had California…and The Rolling Stones…well, they still have each other. Even if you feel like a lone wolf, deep within us all is a wild howl for the pack to hear and gather.

My move across the Atlantic pond onto the shores of the dusty Malagueta beaches was not in search of endless summers and lush wine. Although they haven’t disappointed, I wanted to follow some wild dreams. I channeled my pioneering spirit and came alongside some of my best friends to help build a non-profit that has now lead me to launch some creative work of my own. My team and I were two and a half years into building a creative-arts community/business from scratch when the freelance “work from home” got to be too much for me. It started with the need for separation from work and home life, but ended with the reality that it was healthy for me to get back to where I thrive, around people…but not just anyone.

Insert … The Living Room.  They came on the scene at my tipping point.

First it was about recovery. I no longer needed to startle cafe customers while looking for an electric outlet for my computer cord or play music to an obscene volume in my headphones while trying to drown out the Spanish pop music (no offense). I was free to sit, and be.

Then came the small talk over lunch which eventually turned into catching up on last weekend’s travels and adventures. It started with a friendly game of ping-pong that has now resulted in trash talk banter and an outlet for my competitive spirit within.

The thing is, I have been blessed with community and friends who know me and love me well even before I stepped foot into The Living Room, but this community is unlike many others. We are all looking for a place to focus, get work done, and be around like-minded individuals. We are getting back to one of the reasons we were created…community. It is simply a great idea to gather professionals from all over the world with a variety of talents to come together and collaborate.

Creativity is birthed through inspiration and inspiration, more than likely, happens when you are sitting at a table with someone other than yourself. Sure we can all be enlightened on our own in some cabin in the woods with a single lit candle. There is something precious about solitary time but life is a dance of both. It’s spinning the woman out to show her off and then pulling her back in to glide as one. We need both.

I am thankful for this community that is constantly evolving. We are a river ever-flowing and the table is only growing. I can now quote John word for word as he mutters “I grew up in a family where losing wasn’t an option” as he smashes the ping-pong ball over and over. I know Ben will always be smiling and share a weekend story involving Victoria beer. Fangwei will keep making the most tasty treats known to man-kind. If you want a partner-in-crime after work, text Kamil and Marco. Mari-Carmen always makes me feel like my Spanish is improving and Carlos reminds me I don’t know that much. I am constantly learning new professional terminology with every “What do you do for work?” and to take a much needed tea break modeled by Eli and Sam. My life is richer being a part of this new family and I wouldn’t change a thing.

Tara Stephenson was born in California and raised there and Arkansas (USA). She grew up around the sounds of an old 1970s Olympus film camera being clicked away by her father.  Tara was mainly the subject until she purchased her first film camera. You can say photography is in her blood, almost second nature. Tara has traveled the globe and is now based in the Mediterranean community of Malaga, Spain, where she became an important part of the The Living Room family in February 2017.